Despite losing his last fight, Anthony Smith didn’t suffer much physical damage in his fight against Glover Texiera in May.

The light heavyweight recovered quickly and accepted a fight against top contender Aleksander Rakic at UFC Vegas 8 this weekend.

“I heal super quick,” Smith told MMA Fighting. “Honestly, I wasn’t even that sore after the fight. I keep telling people it’s not as bad as you thought it was. It really wasn’t.

“At the time, you guys are just hearing it for the first time. But when you’re in there, that’s what they sound like each and every time.

Especially the people at home, they’re going ‘Jesus Christ, someone stop this’ and I’m like what are you talking about? Those aren’t even hard shots. It’s just what it sounds like.”

Smith acknowledged his body didn’t take damage but his performance did sting a little. After the fight, a mental shift was made and Smith says this means bad news for his next opponent.

“I’m telling you, this is going to sound nuts, too, but I wish I could have the same mentality I have going into my next fight after a loss going into every fight,” Smith explained.

“That’s my goal right now. That’s what we’re trying to recreate. How do we keep the mentality that I have right now going into my next fight. Because I’m going to tell you that I feel exactly the same as I did with the [Alexander] Gustafsson fight. I don’t give a sh*t about Aleksander Rakic.

Smith isn’t concerned with what the critics have to say about the last fight he has learned to filter white noise out. He is ready to throw down on Saturday.

“I’m fresh out of f**ks to give and I couldn’t be happier,” Smith said. “I’m in such a good place right now.

I’ve never lost two in a row in the UFC. It’s never happened and I think it’s because of this mindset I’m in right now. I am out of f**ks to give. I just want to go fight and have fun.

“When my back’s against the wall, is when I’m most dangerous. When I fail, I always bounce back stronger. Every time.

I don’t expect this to be any different. I’m going to go in there and whatever happens, happens. I’m fairly unconcerned with the result. I’m focused on what happens between the bells. I don’t really care what happens after the last bell.” 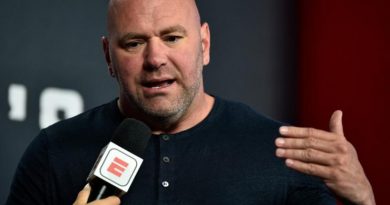 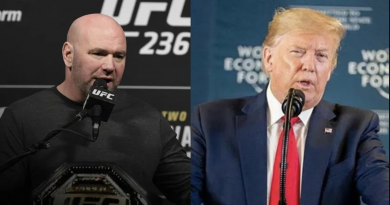