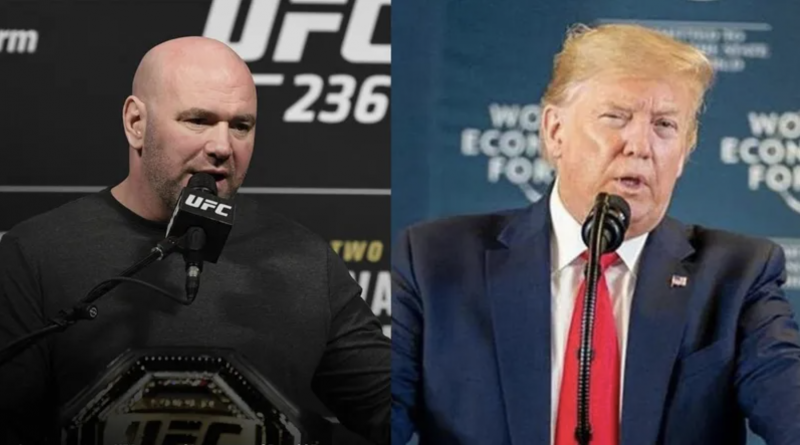 The UFC is the fastest growing sport in the world and has fans all around the globe.

The UFC also has a fan in President Donald Trump.

Trump held a rally in Henderson, Nevada, and had several UFC fighters as special guests in attendance including UFC President Dana White.

“He also loves his fighters. He wants to take care of his fighters and he brought some of them along, the best.”

Trump also gave a shout out to several UFC fighters including Colby Covington, Henry Cejudo and Justin Gaethje — while also promoting some of their upcoming fights.

“I’m going to be watching Colby, I’m a big fan of Colby,” Trump said in a video posted to Covington’s Instagram. “He is a winner, He is a champ and it’s going to be a great evening and a great fight.

“I wish him the best of luck. I’ve just seen him a lot and he is tough. Good luck champ.”

Trump even gave a prediction to the upcoming UFC lightweight title fight.