Earlier this week, the Kenosha shooting made nationwide headlines.

This triggered social outrage. In response, the NBA and MLB refused to play their scheduled games in a form of protest.

The MMA world also responded, several fighters have spoken out about the situation.

“If the NBA walks out, if they f*ck their money up, that’s the owners’ money and the shareholders and whatever – good,” Adesanya said. “If that’s what it takes to bring change, then good. . . Whatever has to happen, man. I’m finding my own way to change the world around me, but I’m doing that in my own life, away from the media.

“I’m trying to respond, not react, because I feel like that’s what they want. They want me to react.

Bottom line, I choose to respond, rather than react, so I’m taking my time because it just happened, but good on the players in the NBA for doing so. I commend them for that.”

Adesanya is one of the UFC’s biggest stars and has shown his support for the Black Lives Matter movement.

He believes in time things will change for the better. 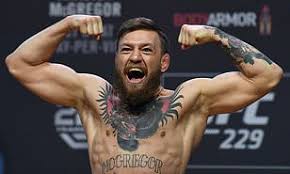 The Return Of The ” Notorious” Conor McGregor

“I will fire you”- UFC President Dana White breaks silence