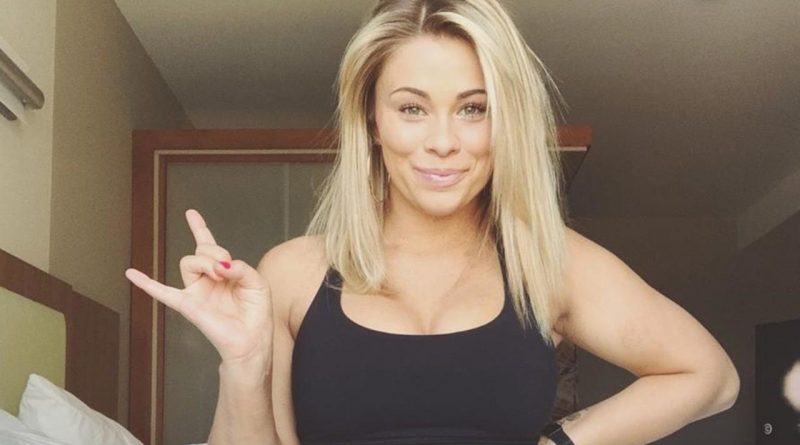 Bellator fighter Austin Vanderford was withdrawn from his upcoming fight due to a positive test for the virus.

VanZant is expected to make her BKFC debut in November.

Paige took to Instagram to ask for fans’ help after experiencing symptoms following a negative test.

“Well….. we are officially sick. We need your help though. So, Austin was starting to get sick and tested positive. I immediately went and got tested and it came back negative…. the next day I started getting sick and have progressively been getting worse the last few days. Today I feel absolutely terrible!!!!! I posted the full video on our YouTube and we need some advice. Do I have Covid, or something else? I have a 102 fever and tons of other symptoms. Has he been sick this whole time since he tested positive a month ago. I am so confused by all of this. We are staying home but can’t seems to find any answers. Should I go get tested again???? Please watch, the link is in my bio. LMK.”

“I feel terrible and I feel really sick, but I only test negative,” she said.

“We will see what happens in the next week,” BKFC President David Feldman told MMA Fighting via text. “If she tests positive we will consider pushing it back.”

The couple recently moved to Florida to train at American Top Team where several fighters tested positive for COVID-19.

AAT owner Dan Lambert commentated the size of the gym has attributed to the surge in cases at the gym.

“[Florida was] up to 15,000 cases a day, and now we’re under two, last I checked,” he said. “It’s just a bad run of luck. Everybody’s in close proximity to each other, so if somebody happens to catch it, you can do everything you can to be cautious and put standards in place to get people tested and do temperature checks when they come in and be diligent when people feel symptoms and get them out of the gym and keep them out of the gym until they test negatives. But if somebody is asymptomatic and passes it on to somebody else, the people in their group are prone to get it. You can’t socially distance when you’re getting ready for a fight. It’s going to happen.”

“People have to live their lives – they’ve got to go out and earn a living,” he said. “I can’t tell people at our gym, you can’t go to work because somebody else at the gym that you may or may not have worked with got sick. It just doesn’t work like that. Back when this thing first came out and nobody knew how serious it was, or what the long-term effects were of people who got sick or how high the mortality rate may or may not be with the disease, I totally understand shutting down and doing what you have to do, because nobody knows where it’s going. But with the knowledge that we have and the chances of having serious health effects by being exposed to this that are otherwise healthy are just so, so minimal. I don’t have second thoughts. We’re going to run our gym the best we can. We’re going to do our best to keep the gym as safe and protected as we can, and unless the science proves otherwise, and in my opinion, it hasn’t, we’re going to be open for business.”