According to court records, Miller is currently being held without bail and charged with several felony counts for first-degree burglary, unlawful taking of a vehicle, and grand theft auto while being on probation for domestic violence case.

Irvine Police Sgt. Karie Davies told NBC Los Angeles that Miller knew his alleged victim, who was not identified in the report.

Miller pleaded not guilty to the charges. He will remain in custody without bail until a Sept. 2 pretrial hearing.

This is not the first time Miller has had run inns with the Police. The 39-year old has been arrested numerous times over the past few years.

This past September, Miller issued a lengthy statement apologizing for his behavior while promising to “make Mayhem great again.”

“It goes without saying that I was acting like a madman for a good stretch of my post fight life, and I can’t make excuses for my behavior,” Miller wrote on his Facebook page.

“I can, however, explain that I wasn’t in the right state of mind for a very long time, as evidenced by my constant war with law enforcement, destruction of public property, domestic disturbances and evading, but eventually I was caught, and forced to take a long, long look in the mirror.

“I’d like to take this opportunity to apologize to everyone that I negatively affected during the dark times, including friends, family, law enforcement and the kalt, whom I have abandoned for far too long. I’m sorry.”

Miller was released from the UFC in 2012 and last fought in 2016 at an event for Ventador FC. 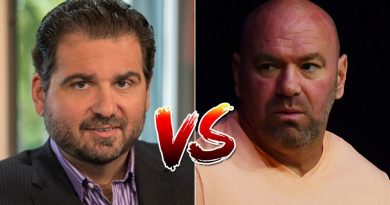